There’s something fascinating about the idea, that if you shine a bright enough light at some surface, it just dissolves into vapour and disappears. Therefore, when I read about a “laser cutter for the rest of us” in May 2015, I was… let’s say mildly interested, so I signed up for the newsletter of the people promising to make it. I had all but forgotten by September and almost threw the “We’re making it, you can preorder yours now”-e-mail into the spam folder. After a brief deliberation, I did preorder one, at half the projected retail price of US$4000. It was quite an outlay, but hey, deliveries were scheduled to begin in December and I saw potential for such a machine.

Yeah, December… that came and went, with a mail from the company that they had probably slightly underestimated the original delivery date and would start shipping in March 2016. Then that came and went. That process then repeated for a good number of times, with the founder of the company falling over himself with apologies and “This time we mean it”-dates… I’m not going to bore you with all the delays and setbacks. In March 2018, two and a half years after I ordered it, my Glowforge Basic finally arrived. On this page, there’s some documentation of what I’ve created since then, and some plans for stuff if other people with bright-light-shiny-things want to reproduce something I’ve made. 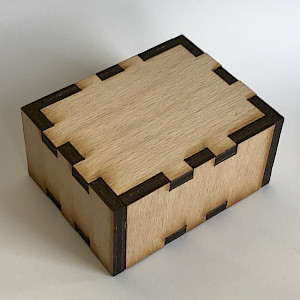 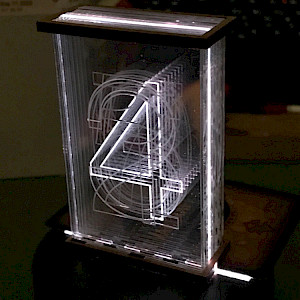